The Gallbladder and Bile Ducts

What Is The Gallbladder?

The gallbladder is a small pear shaped organ attached to the liver. Bile produced by the liver is stored in the gallbladder between meals before being released into the small intestines during a meal.

What Are Bile Ducts?

Bile ducts are tubular structures connecting the liver with the small bowel. Bile flows from the liver through these ducts via the gallbladder into the small intestine.

Bile is a greenish-brown fluid produced by the liver. It helps the body to absorb fats and some vitamins. Bile is also used to excrete some products of metabolism, including bilirubin and cholesterol.

Which Diseases Affect The Gallbladder And Bile Ducts?

Often in association with consumption of a rich diet, cholesterol levels in the bile can increase and cause an imbalance. Excess cholesterol can lump together and form a crystal which slowly binds more cholesterol. Consequently, a “stone” develops.

Stones caused by excess cholesterol account for over 80% of all gallstones. The size and number can vary from several marble-sized stones to hundreds of gravel-sized stones.

Gallstones can also form from excessive bilirubin (a decomposition product of the red blood cell pigment haemoglobin) in the gallbladder. Sometimes stones can consist of cholesterol and bilirubin; these are known as mixed stones.

Sometimes, a stone gets squeezed from the gallbladder through into the bile duct. The duct becomes blocked and bile can no longer properly flow into the duodenum. The obstructed bile flow causes jaundice (yellowing of the skin/eyes) and probably cholangitis (infection in the bile duct).

Gallbladder cancer is rare and arises from the inner layer of the gallbladder wall (adenocarcinoma). If detected early, the survival rate is good.

In approximately 0.43% of cases, gallbladder cancer is detected “accidentally” during laparoscopic cholecystectomy for gallstones.

Bile duct cancer, known as cholangiocarcinoma, can arise  from the bile duct outside of the liver (extrahepatic) or from the smaller ducts within the liver (intrahepatic).

The following tests are used to diagnose and confirm cancers in the bile duct or gallbladder. 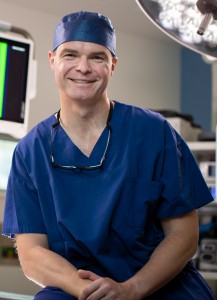